It is all about the Powerplant

Although airguns have evolved over time, their operational principles as well as their sportive orientation remain true to their origins. The main singularity of this popular type of weapon lies in the compression and storage of a specific gas that is released behind the projectile, which is at the same time propelled through the barrel. The main difference between the various existing categories of airguns is based in its compression method and in the place where the previously mentioned gas is stored. From a technical point of view, any gun capable of propelling projectiles by using compressed gas instead of a traditional fuel such as gunpowder should be considered an airgun.

Within the wide range of airguns we can distinguish between four differentiated categories:

Spring Break barrel: Break Barrel air rifles and pistols are able to propel pellets by using the decompression of a spring to activate the firing mechanism. When we ‘break’ the barrel of the gun, the main spring gets compressed inside the cylinder, when this spring is released by pulling the trigger; the air generated by its decompression propels the pellet at a high speed. Break barrel airguns’ principle of operation is effective, simple and reliable, and it requires really low maintenance costs, reason why they have become a very popular option among precision shooters. Break barrel pistols and carbines are highly recommended for beginners, since they allow having a first contact with a precision gun at a really affordable price.

Gas Piston Break Barrel: The operative mechanism of this type of airguns is remarkably similar to spring break barrel ones, with a subtle difference in the composition of its compression system. Gas Piston Break barrel airguns, also known by their trade names ‘Nitro Piston’ and ‘IGT’ use a pneumatic loading system that replaces the gun’s main spring. This pneumatic loading system provides a smoother and more progressive cocking, and eliminates most of the collateral effects of the spring decompression, such as the well-known ‘twang’ that we have all experienced while shooting spring powered guns. These airguns provide improved shooting consistency, smoother cocking and a more constant shooting performance.

PCP (Pre-Charged Pneumatic): Pre-charged airguns have a great reputation among precision shooters given their undeniable virtues at medium and long distance shooting. This technology consists on a steel or carbon fiber cylinder filled with compressed air, which is able to deliver high power levels by opening a mechanical valve that is linked to the trigger mechanism. The valve’s opening timing and the angle openness can be adjusted to offer the desired performance, expanding or decreasing the autonomy of the gun. PCP tanks can be charged in a few minutes using a mechanical or electronic pump, which makes them an interesting alternative to classic break barrel carbines. Although their autonomy is limited to the amount of air remaining in the tank, they offer a completely recoil free shooting experience and an extremely precise performance. The main drawback of this type of weapons lies in their purchase cost, which is significantly high if compared to basic break barrel carbines.

C02: C02 or carbon dioxide airguns use hermetically sealed gas cartridges to propel ammunition. The operative principles of these guns are really similar to that of pneumatic preload rifles, but they differ on the composition of the gas used to boost the projectile. C02 cartridges are usually designed for a single use, limiting the user’s autonomy to the number of shots that each cartridge can provide. Carbon dioxide is cheap and easy to find in armories, so it becomes a great option for most users, especially if you are planning to buy a small arm such as a pistol. 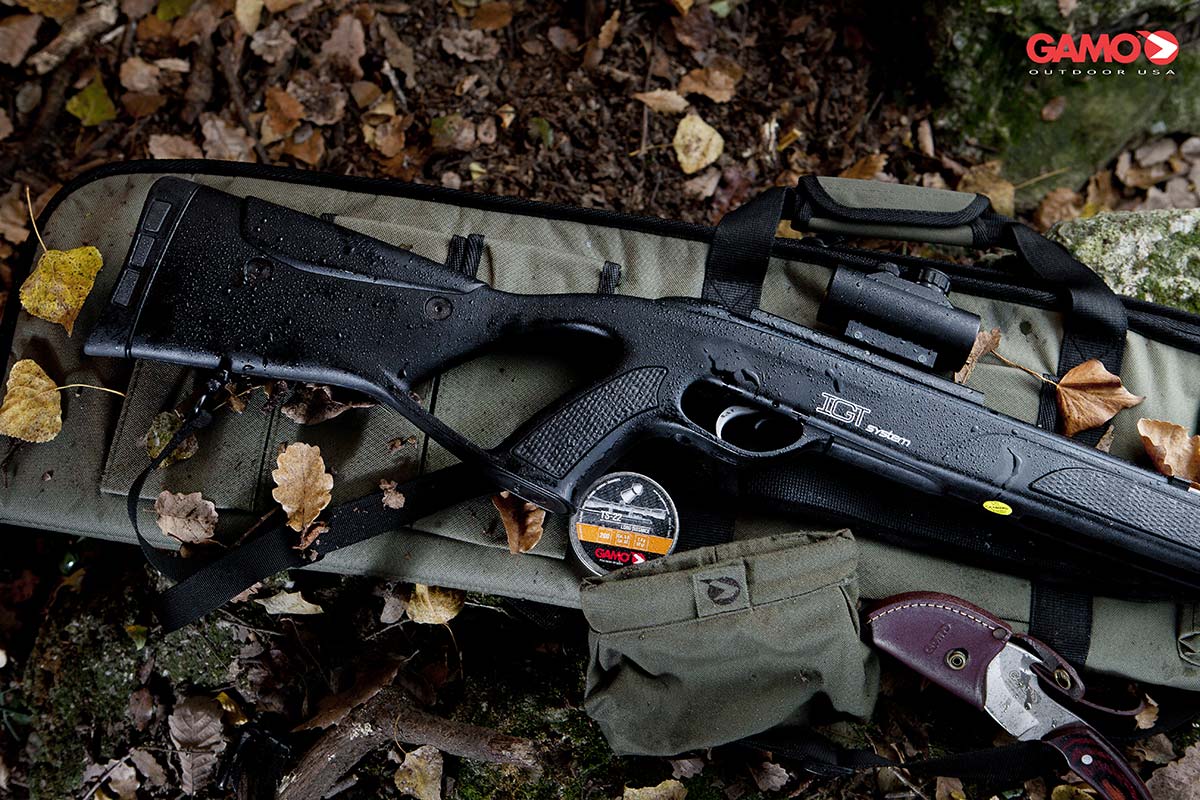