In general terms, a scope magnifies an element towards which the user aims the weapon, placing us in the same visual plane as the object to which we intend to shoot. This optical magnification is achieved through the use of a certain number of lenses, whose superposition facilitates the aforementioned magnification.

The choice of a scope for our air rifle can be a complex task if we do not have a general idea of the main features and benefits of these useful accessories, therefore, we recommend taking some time to get properly informed and analyze the use that we are going to make of it, as well as the budget that we consider investing on. When buying a scope, we must bear in mind the following ideas:

Variable magnification scopes offer different magnification grades, which allow us to manually adjust them depending on the distance to which our objective is. This scope configuration is a great option when practicing precision shooting at medium and long distance, since they allow us to get a sharper image of our objective. Despite their multiple virtues, there are also certain disadvantages with respect to its fixed magnification counterparts: its retail price tends to be slightly higher, and its adjustment is generally more complex.

Scope performance according to the nature and characteristics of the weapon

Regardless of the quality of the scope or how accurate your adjustments are, your performance will always be influenced by the type of weapon in which you mount it. A precompressed air rifle (PCP) hardly has any recoil, so scope adjustments will remain intact for a longer period of time if we compare it to a break barrel airgun, whose own nature causes the appearance of greater recoil.

The weapon’s recharging system also significantly influences the accuracy that a visor can offer: While in a fixed-barrel carbine, the barrel remains intact shot after shot, the constant oscillation of a break barrel airgun makes its position and alignment vary with each shot. Although we speak of millimeter variations, we can appreciate subtle differences at long distances.

The power of our weapon should also be a determining factor when choosing our scope, especially if it is a break barrel air rifle. The increase in power in a compressed air weapon could also influence the settings of our scope, since the aforementioned power is usually achieved through the use of larger diameter cylinder-piston groups, which entails greater inertia while shooting. 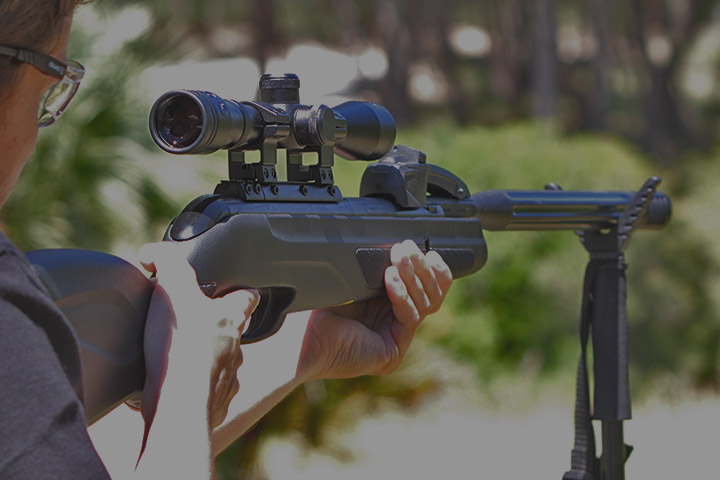