Engineered to Perform: Next Generation Airguns

Last generation airguns are getting dangerously close to traditional firearms in terms of technology, build quality and overall shooting experience. In fact, if you have never touched nor seen a low caliber rifle, you might not even be able to differentiate them. Industrial processes avid progress together with the users’ demanding standards has had a huge impact on this particular market, turning what used to be considered toys into high performance tools.

When shooting, the situation changes radically. While a rifle emits some intense recoil accompanied by a loud noise – even in the case of small calibers – an air rifle hardly generates them, it is precisely this subtle recoil that allows us to quickly take confidence with the gun when controlling the shot, optimizing our learning curve. For this reasons –among some many others- airguns are progressively taking place as the perfect tool for new users who are getting started into shootings sports as well as for experienced shooters who want to keep training once the hunting season is gone.

The number of hours spent mastering a firearm is noticeably greater than in the case of its compressed air equivalent for a single reason: The number of shots fired per day. When shooting a firearm, the average number of shots per hour tends to get significantly reduced due to the high cost of the ammunition and the characteristics of the disciplines practiced, while the low cost of pellets and especially the lower physical wear associable to airguns allows us to shoot more and better in less time.

Let’s suppose you have no time limitations to become a master shooter, which would relativize the fact of devoting so many hours to a single activity to master it … Problem solved right? We regret to inform you that there is another subtle inconvenience regarding the number of shots fired: The cost of each shot. Practice makes perfect. At Gamo, following the popular theory which states that becoming a master in any discipline involves spending 10,000 hours training, we have estimated the economic impact that precision shooting would have on our pockets using both an air gun (CAL .177 ) and a small caliber firearm (CAL .22LR). Considering a shooting frequency of 25 shots per hour for the airgun, and a firing frequency of 5 shots per hour for the firearm, the total cost of the learning process would amount to 45,000 euros using the firearm, while the airgun would allow us to save 83% of the cost, firing up to 4 more times.

Does this mean that we must shoot exclusively with air guns? Of course not. At Gamo we believe that the use of different calibers and formats is part of a richer and more satisfying learning experience for the shooter, so we always recommend testing and using different guns simultaneously. In the case of airguns, 4.5 caliber spring break barrel rifles are usually a really smart first choice, but we should not rule out the use of arms such as gas piston rifles for more advanced users or the famous PCP airguns for competitive disciplines. Exploring the different existing calibers will also let us find out which of them best suits our needs. 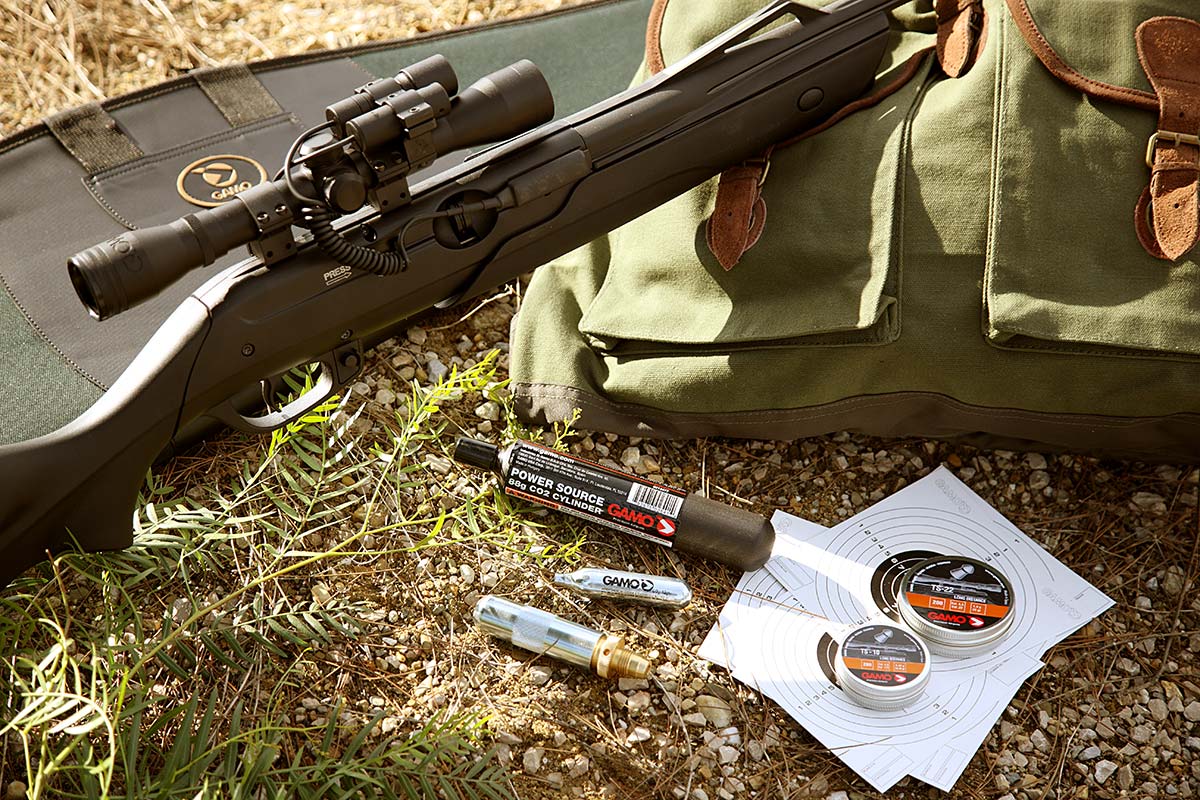